The Social Security program was signed into law in 1935 by Franklin D. Roosevelt during the Great Depression. It was created as an insurance program for workers, providing a safety net of income when you are no longer able to work either due to retirement and later, broadened to include disability.  When the program was created there was not enough time to build up a surplus of funds to finance it, so it was designed as a pay as you go system. The people working today and paying into the program through FICA taxes are paying for the benefits being received by current retirees, survivors, and disabled individuals. The key component to this type of system working is having a much larger base of people paying into the program than receiving. 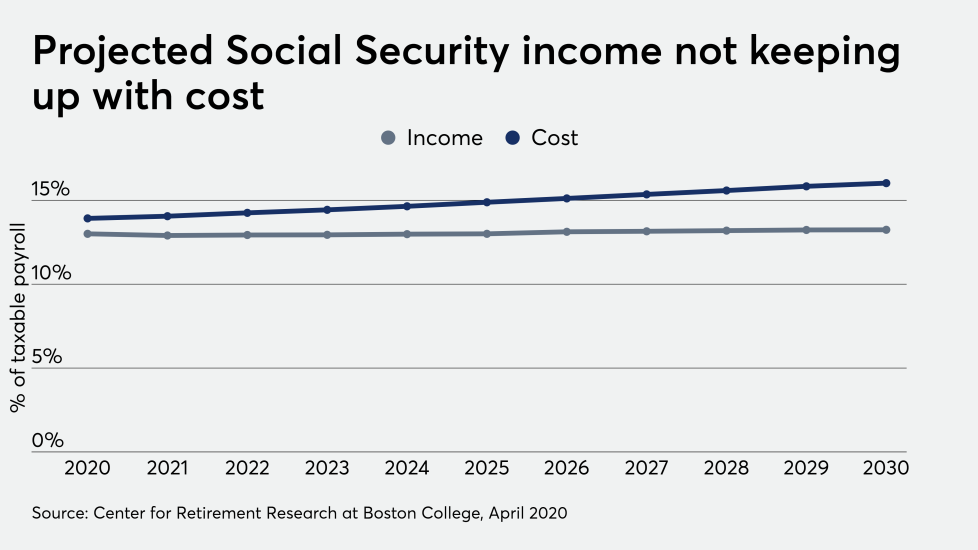 Social Security has become strained in recent years due to the aging of the baby boomer generation (people born between 1946 and 1964), which has started to tip the scales by increasing the number of people receiving benefits versus those working and paying into the system.  However, this was not unexpected, and the Greenspan Commission in the 1980’s was tasked with creating changes to address the shortfall. They were largely successful and in the 2020 annual report the trust fund collectively (the Old Age Survivor trust fund and the Disability trust fund) was predicted to remain solvent through 2035.  However, nobody anticipated the Covid-19 global pandemic which would hit the world in 2020.

Covid-19 has already greatly impacted Social Security with high unemployment rates.  There were nearly 13 million fewer people working in July 2020 than in February.  This is 13 million fewer people and their employers paying into Social Security, resulting in a net of more funds being drawn from the trust fund in 2020 than actuarially predicted.  Experts suspect this will cause the trust fund’s life expectancy to decrease by several years.

So how do you make an already precarious situation worse?  You stop the payments of those that are still working.  On Saturday, President Trump signed an executive action deferring and possibly forgiving the 6.2% payroll tax and the 1.45% Medicare tax, the employee portion, for those making under $100,000 annually.  At this point the “tax holiday” is just a deferral, and the money would still be due from employees in early 2021. The President has also stated that if he is re-elected the change could become permanent. This would in essence defund the Social Security program.

Congress will likely be forced to address this deficit, which is something that they have continually put off for years.  The fix is likely a combination of benefit cuts and tax increases. Potential options include the following: 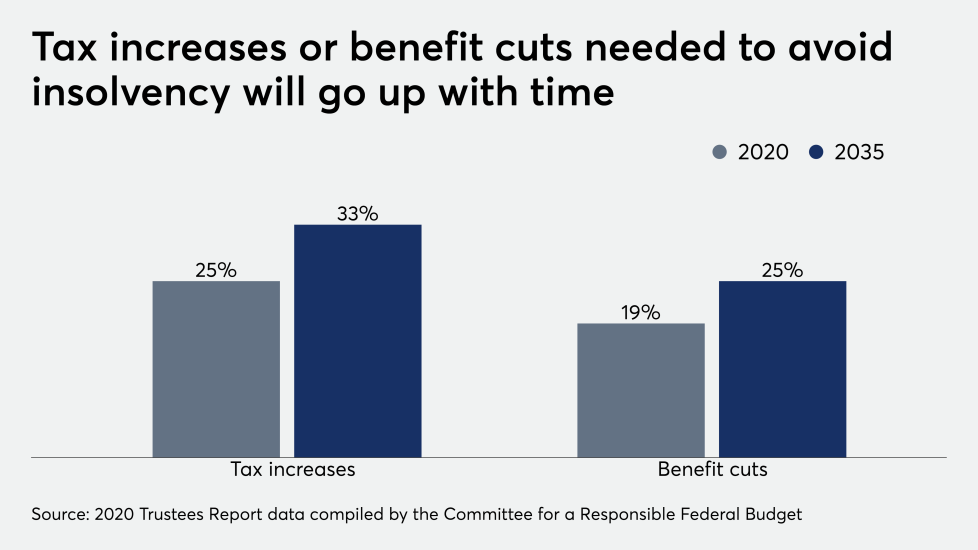 If this topic is of interest to you and your team, Barbara Mountain and Christopher Doherty are available to speak to groups to delve into the specifics of how Social Security is being affected by Covid-19 impacts, and how Social Security is likely to be change in the future to remain solvent.  Please contact bmountain@dcklaw.com to inquire.